As you ponder the choice of a TV antenna for your home, you'll eventually have to decide between going "indoors" or "outdoors." Are there any guidelines to help you make the right decision?

Still; several factors may work against an outdoor installation. If you live in a condominium or townhouse, you may not have access to an outside mounting point, such as the roof or a side wall. Additionally, many housing developments have homeowner agreements that attempt to restrict your ability to put up outside antennas, although you do have the right to do so as conveyed in the Federal Communications Commission's Over The Air Reception Device (OTARD) rule from 1996 (47 C.F.R. Section 1.4000).

Even if you can install an outside antenna, it can be a complicated job for the average person and is best done by someone who is used to working and wiring on outside structures. In contrast, putting up an indoor antenna is a much simpler process, and one you can easily perform yourself, using nothing more than a couple of thumbtacks or tape. And if you live close enough to the TV stations, an indoor antenna will suffice.

Think an indoor antenna might work for you? Let's do a little detective work to get you started. First, what physical TV channels are receivable in your area? Fire up your computer, tablet, or smartphone, and go to Channel Master's Antenna Selection Tool and enter your zip code. The site will then show you a list of all TV stations local to you, along with their virtual and physical TV channels and the approximate distance from your home in miles.

Now, you may notice that indoor antennas are advertised with what appear to be generous receiving distance specifications, such as 35 miles for an unamplified indoor antenna. That would certainly hold true if (a) there was a clear path from your house to the transmitting tower, (b) your antenna is mounted near a window on an upper floor, and (c) the TV station is broadcasting at power levels suitable for a wide coverage area. Live on top of a hill, or in a tall apartment building with a clear view towards TV towers? Then an indoor antenna can work just fine. But if your home is down in a valley? Maybe not.

If you reside in an urban environment with lots of nearby buildings – which would result in plenty of signal multipath echoes – or you have TV signals coming to you from more than one compass heading, then an amplified 'smart' indoor antenna is the best choice. These antennas use multiple elements, connected in different phases, to find the best combination for receiving a given channel or channels. You simply push and hold a button for a few seconds, let go, and an internal processor then scans for channels and memorizes the optimal antenna element combinations for reception.

Practical experience, acquired from years of testing TV signal reception in multiple areas around the United States and Canada, has created some rules of thumb: If most or all the TV channels available to you fall in the UHF band (channels 14-36), and you are no more than 25 miles away from the transmitters, go with a basic indoor panel antenna. The signals you receive should be strong enough for reliable reception without dropouts. If your location is farther away or blocked by hilly terrain, then you should consider an amplified indoor antenna for reliable reception.

Of course, you'll want to mount your antenna on the wall as high as possible. On or near a window is a good location, and if possible, position the antenna on the side of your residence closest to the TV transmitters. Most houses and multi-unit dwellings built in the last five decades have foil-faced insulation below their siding, which can attenuate signals. Older homes with plaster walls and wire frame lathing can also cut down signal levels. Getting the antenna as high up as possible and away from anything metal will give the best results.

Earlier, it was mentioned that panel antennas work best with UHF TV channels. In an earlier blog post, we learned that there is a physical relationship between the size of the antenna and the channels it receives. Indoor panel antennas work best with UHF channels as their antenna elements are resonant at UHF frequencies. But that doesn't mean they won't work with VHF channels, especially 7 through 13. It all depends on how close you are to the transmitter, and how strong the VHF signals are at your house.

Let's consider a practical, real-world TV reception scenario. Figure 1 shows a spectrum analyzer screen grab of UHF TV channels 17, 28, 30, 31, and 33, as received with a basic, unamplified indoor panel antenna. (The signals are 12 dB stronger than shown here.) The indoor panel antenna is mounted seven feet off the ground in a second-floor room, on the side of the house closest to the TV transmitters. Distance to the transmitters is about 22 miles, and there are two small hills in the way – definitely not a "line of sight" path. Yet, all channels are received reliably, even channel 33 @ 581 MHz. 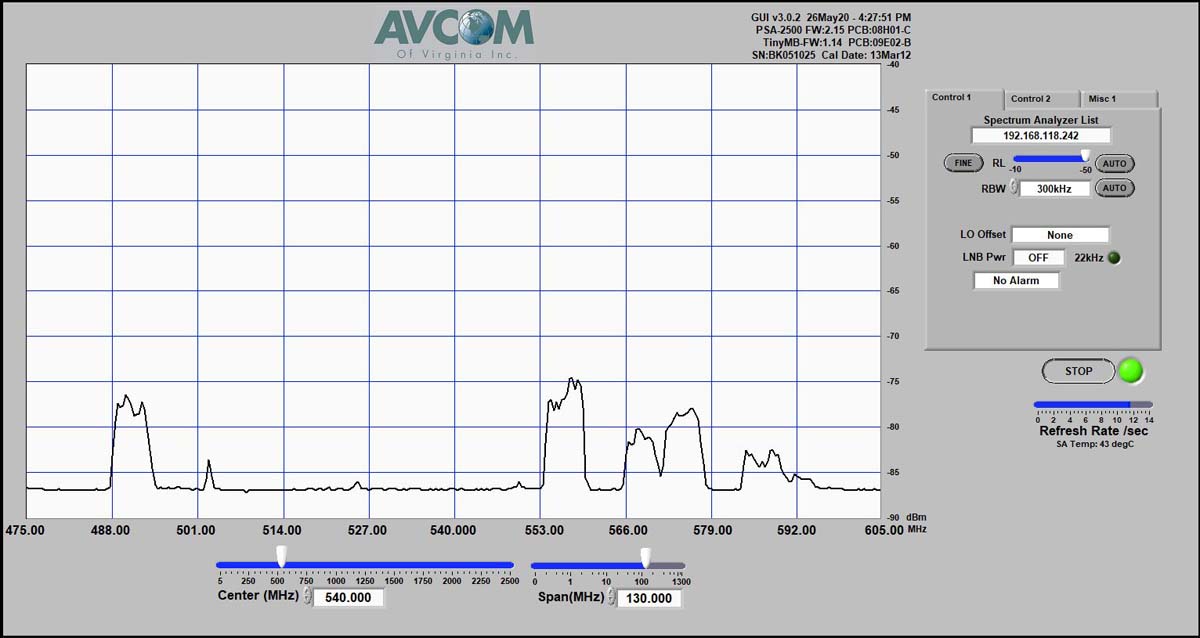 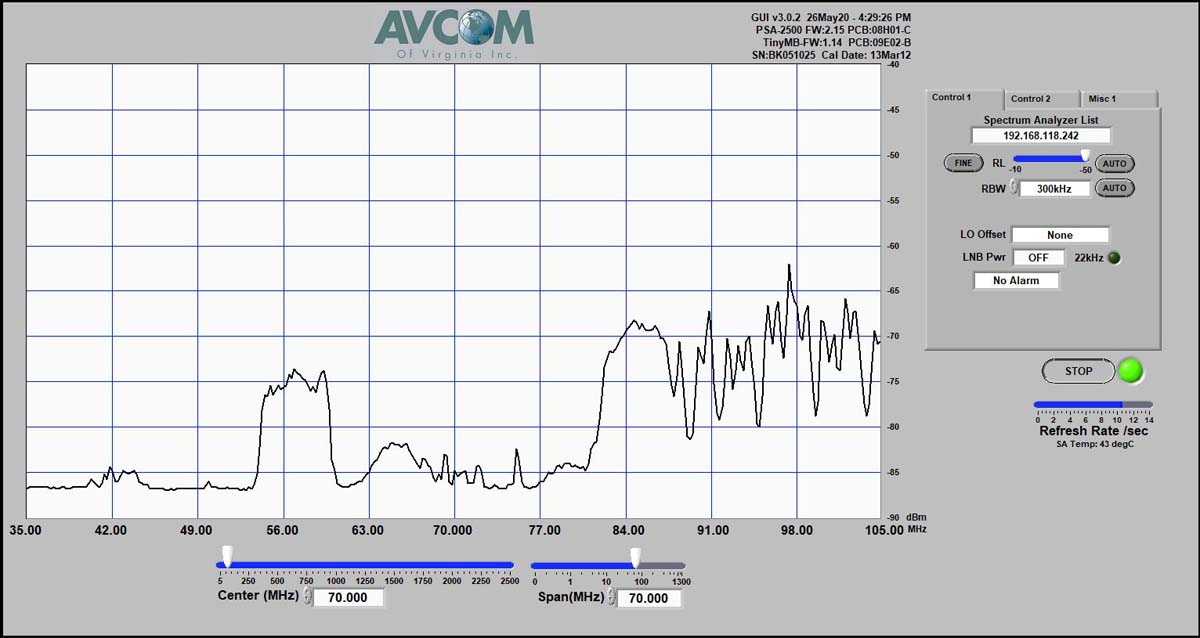 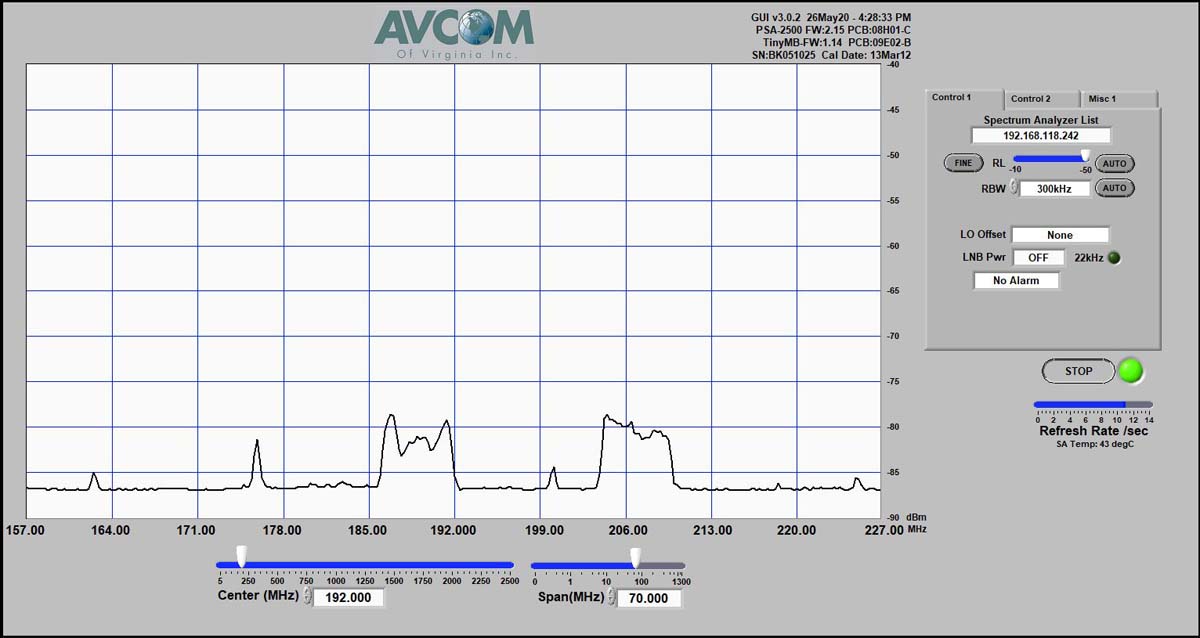 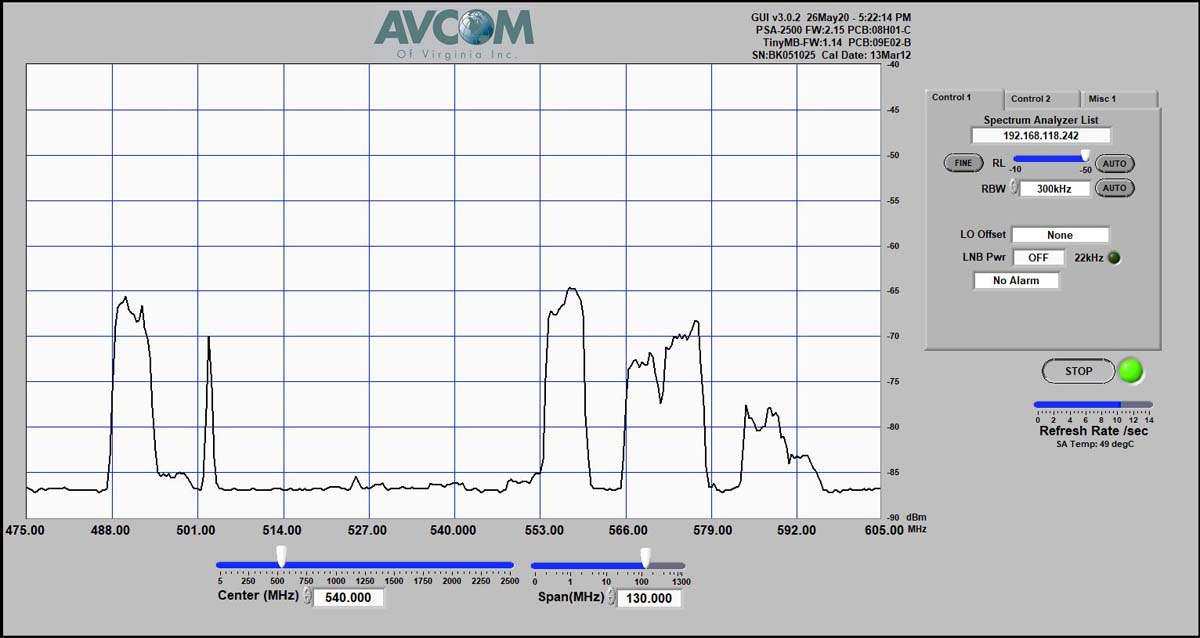 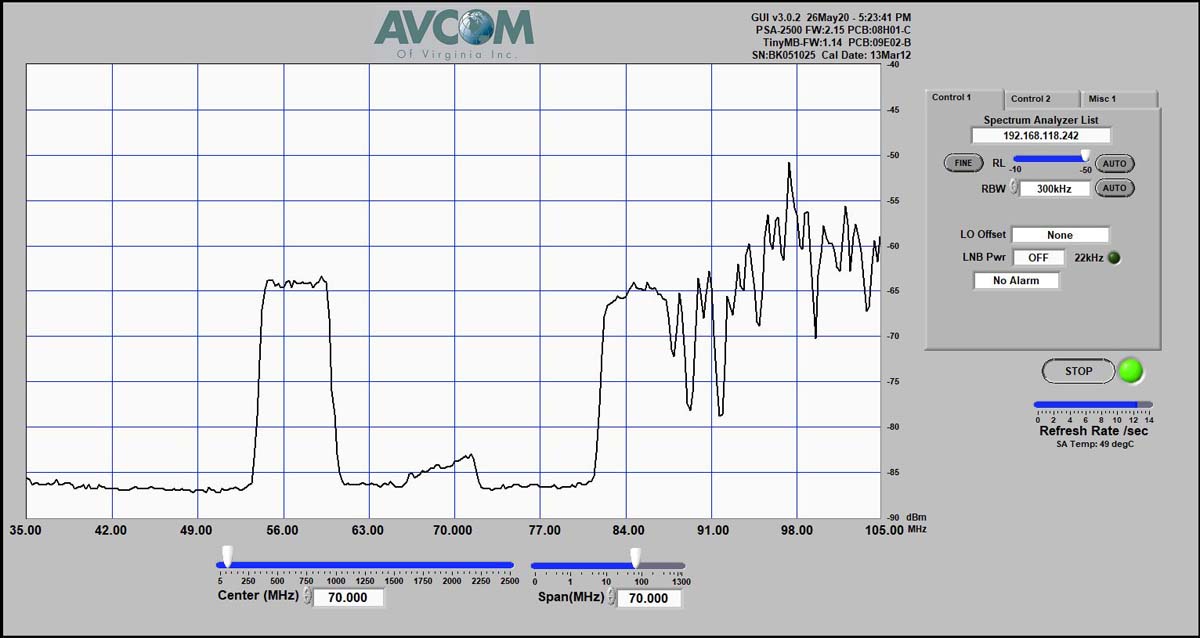 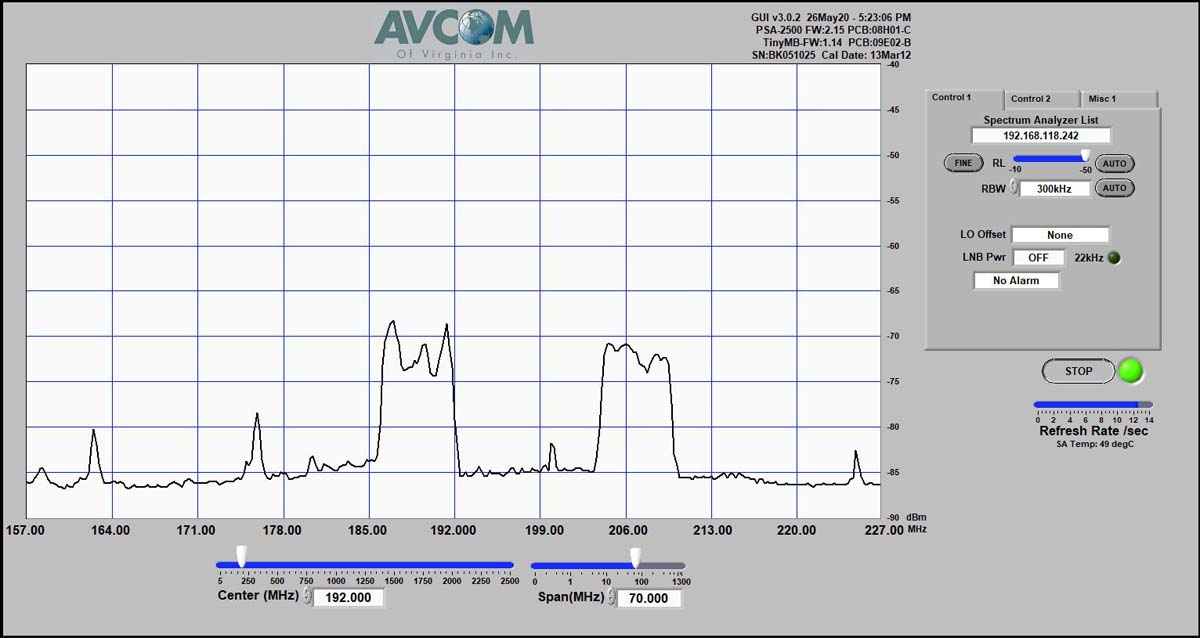 If your signal levels are a bit marginal, then an amplified indoor antenna will get you over the hump. Figures 4, 5, and 6 show the same channels as before, but with an additional 10 dB of amplification. This will provide adequate signal headroom to feed two or three televisions from the same indoor antenna.

To recap; an outside antenna is still the best choice for the most reliable reception of the widest number of TV channels. But there will be instances where installing an outside antenna may not be feasible or practical, so an indoor antenna – properly located and mounted – can provide good reception. Stay tuned!